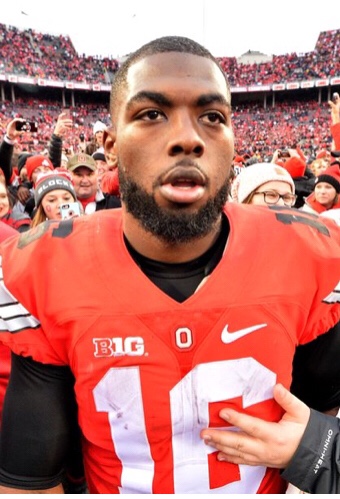 What will you remember about J.T. Barrett?

With a record of 38-6 as a starter at Ohio State, J.T. will go down as the winningest QB the program has ever had. He set many records at Ohio State, 25 to be exact. In his what seemed to be like 10 year career he also passed Drew Brees’s Big Ten record for most offensive yards in a career. All this stuff is great, but the best thing he did was beat that team up north all 4 years. I mean, we can all agree that beating Michigan is the best damn feeling in the world.

So the history books will show J.T. Barrett as this incredible football player with all these wins and accomplishments, but what won’t be shown or talked about, is the worlds most insane roller coaster ride of a career that J.T. forced us all to join him on. You never knew what to expect from this guy. I will always remember his incredible performance against Penn State his senior year. He looked like a top NFL prospect that game. I will also remember his shitty game against Iowa. Which was also his senior year, The week right after Penn State. Now as a whole, the team was ass against Iowa and many OSU fans will never wrap their heads around that game. But J.T. was the front of it all. Outside of his running ability, the Penn State game, and beating Michigan I will remember him as the jackass that threw four picks and was embarrassed against a mediocre Iowa team. As the guy that allowed Clemson to shut him out in a playoff game in front of the whole world. Also getting the DUI his sophomore year and being on the hot seat week 4 as a fifth year senior.

I won’t forget the good things about Barrett, and don’t get me wrong I liked the guy, and he was tough as hell. But I will certainly not forget all the bad. So therefore I will say farewell J.T. and best of luck on your attempt to make it in the pros.