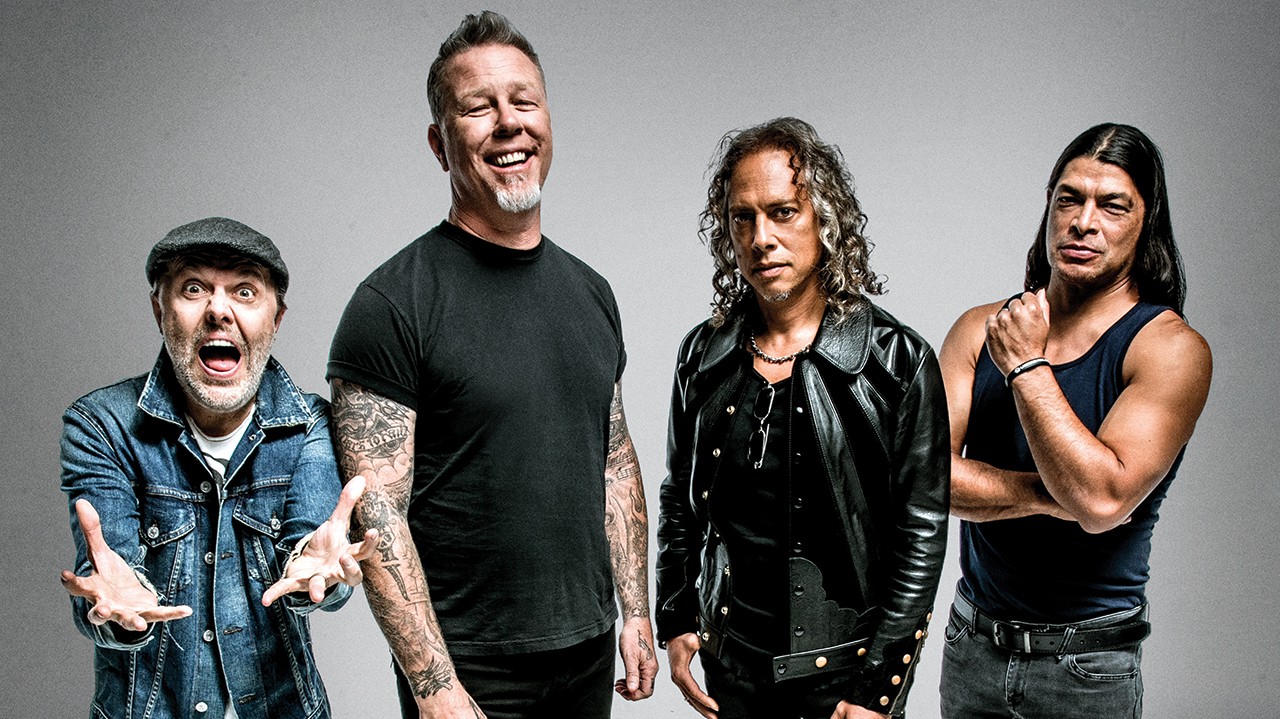 Thrash metal. Your grandparents most likely despised it, and your parents probably loved it. No musical genre from today compares to the beautiful sounds of a guitar solo from one of your favorite bands circa 1980. It brought headbangers together from around the world and still continues to thrive in a world of hip-hop/rap and Electronic Dance Music that we know today. Don’t get me wrong, I do dabble in the sounds of heavy beats, a loud bass, and a talented lyricist on the mic. But, nothing gets my heart pumping and my blood moving like some hard Rock ‘N Roll.

This time around, I want to talk about the greatest metal band to ever grace the earth with their guitars, bass, and drums. I’m talking about Metallica. A group from San Francisco, California that still to this day, with each member at 50+ years of age, knocks the socks off of the crowd and any opening band that goes on before them. Established in 1981, the group has pretty much stuck together, while only changing bassists twice in the nearly 37 years the band has toured. I’m mentioning all of this because I want to take you on a rundown of the band members’ incredible careers and discuss their album history in depth. All the while tacking on some personal facts about the band as well and ranking there top 5 albums.

The band was essentially founded by drummer Lars Ulrich. In the late 1970s leading up to the band’s formation, Ulrich knew little to nothing about playing an instrument. He was the son of a tennis star by the name of Torben Ulrich. Lars, at 16 years old, was following in his father’s footsteps by training in Los Angeles and becoming an amateur tennis player himself. After an increased interest in playing the drums finally came to fruition, Ulrich put out an advertisement and somewhat stumbled onto an already talented 17-year-old guitarist, James Hetfield.

James Hetfield was born on August 3, 1963. He helms from a very stern Christian Scientist family, which would later influence a few of the band’s songs. When he was just 16 years old, his mother Cynthia died of cancer. Hetfield took up playing the guitar as a way to cope with a tough childhood. He would later start a garage band called Leather Charm, with a bassist named Ron McGovney.  In 1980, he joined the beginning drummer, Lars Ulrich, and began a garage band with Hetfield on rhythm guitar/vocals. The two would also begin a search for other band members under the name, Metallica.

Hetfield and Lars, after publishing an ad for a lead guitarist in “The Recycler,” a well known magazine in California, came across Dave Mustaine. Mustaine was the lead guitarist for the band, Panic, at the time of his audition. By audition, I mean thaty he was basically given the job on the spot. The trio, along with former Leather Charm bassist, Ron McGovney, began to prepare for their first studio album. The months leading up to release of the bands first album were rocky, to say the least, but they were able to release a handful of demo tracks.

Recorded in McGovney’s garage, the No Life ‘Til Leather live-tape and “Hit the Lights” would become some of the first heavy tracks the band would release. These tracks are somewhat important because these would be the only times that you would hear Ron McGovney’s bass in Metallica songs. Not long after the band’s formation, McGovney left the band due to regularly clashing with Ulrich and Mustaine. Metallica, now with only three members, attended a Trauma show in Los Angeles at a club called Whisky a Go Go. There, Hetfield would hear what he assumed was a lead guitarist’s solo, but once he reached the stage he noticed that it was, in fact, a bassist. The bassist’s name was Cliff Burton.

With the addition of Cliff Burton, the band moved quickly toward their first studio album, Kill ‘Em All. The title of the album was originally named, Metal Up Your A**, but in order to sell copies, Metallica chose to take a safer approach. Prior to recording, Mustaine was kicked out of the band due to alcoholism and threatening behavior towards the band members. Of course, Mustaine co-wrote most of the songs and guitar riffs on the first album. Mustaine would go on to form the band, Megadeth.

On the same day that Mustaine was fired, the band went in search of a new lead guitarist. Kirk Hammett was among some the firsts that came to mind. Hammett, at the time, was the guitarist for the band, Exodus. During this time, he was also receiving guitar lessons from the great Joe Satriani. Hammett was instantly given the job after the band heard him perfect the solo in the song, “Seek and Destroy.” Metallica would go on to release Kill ‘Em All in the summer of 1983.

Fresh off the success of Kill ‘Em All, Metallica would quickly become a household name in metal now that they had a solid foundation of members. In July of 1984, the band would release their second studio album by the name of Ride the Lightning. With songs like “Ride the Lightning”, “Fade to Black“, and “Creeping Death,” the album would become a huge success. It is widely considered, among Metallica fans, to be one the band’s best.

Let’s learn a little of the backstory. The album is quite different from the first because Cliff Burton, the band’s bassist, would have more of an influence on the band’s songwriting and musical style. He helped by teaching the band musical theory. Lars Ulrich also received drum lessons during the recording, as he had never truly learned timing in a song. “Fade to Black” was written by James Hetfield after the band’s equipment was stolen after a show in late 1983. The album is definitely of the metal genre, but it shows the band’s growth as a whole.

This album was influenced heavily by the bands’ appreciation for the writer, H.P. Lovecraft. Especially the song, “The Thing That Should Not Be,” referring to Cthulhu. It would, unfortunately, be the last time that we would hear the beautiful bass of Cliff Burton. In September 1986, on tour in Sweden, Metallica’s bus was involved in an accident that killed the 24-year-old band member. Burton is considered to be one of the greatest bassists to ever play.

Following the sudden death of Burton, the band auditioned nearly 50 bassists as his replacement. The band allowed Burton’s parents to help make the decision, and none stood out more than Jason Newsted. He had studied the band’s albums and had every little thing down. Prior to taking the Metallica job, Newsted had plans to open for Ozzy Osbourne. Lucky for him, he received the job of a lifetime.

The band almost immediately began working on their next album. In August 1988, Metallica released their fourth studio album, …And Justice For All. The record took a much darker and heavier approach to the music and lyrics. It featured songs such as, “…And Justice For All,” “One,” and “Harvester of Sorrow.” The songs were longer, the guitar riffs were more complicated, and lyrics were more aggressive. In my opinion, this album stands out from the rest in that regard.

In August of 1991, Metallica released their fifth studio album. This record was a little different as it was self-titled. But, it is referred to as “The Black Album” because of the black cover. Many fans believe that the band essentially went softer with this record. This could be due to the ever-changing world of music. In the early 90s, grunge and alternative were on the rise, and Metallica felt that they could somewhat duplicate that sound. It is a widely respected release and features many of the bands hits such as “Enter Sandman,” “Sad But True,” “The Unforgiven,” and “Nothing Else Matters.”

The years that followed weren’t necessarily easy on the band. They would try to conform to more of an alternative style and almost move entirely away from their metal routes. In back to back years from 1996-1997, Metallica released the albums Load and ReLoad. The two records weren’t received well by fans and critics alike, because of the “sell-out” feel to their musical approach. I personally feel that these two albums are among the best of the band’s library.

In 1998, the band would release what is basically a cover album titled, Garage, Inc. Quite a popular album among Metallica fans, Garage, Inc. featured covers of classic songs like “Turn the Page,” a “Mercyful Fate” medley, and “Whiskey in the Jar,” and also reminisced on 1987’s Garage Days. A year later, the band teamed up with Michael Kamen and The San Francisco Symphony Orchestra to bring one of the most beautiful mixtures in music history. They performed most of their greatest hits with Kamen helping combine the Symphony.

The early 2000s were everything but productive for the band. A documentary feature titled, Metallica: Some Kind of Monster, details the band’s struggles. Jason Newsted quit the band to pursue other projects, and they were all left at a standstill. The band sued music downloading service, Napster, and many fans started to hate the band. James Hetfield had to leave the band for over year to enter rehab for suffering from alcoholism.

After Hetfield’s return, tensions were still high, but the band started to feel like they could be creative again. With that built up creativity, they began to record their eighth studio album with producer Bob Rock on bass titled, St. Anger. Released in 2003, St. Anger is easily considered there worst album. It was their first release since 1997’s ReLoad. The lyrics are really not all that great, but I feel that the music really holds up. It received many mixed reviews, but was truly a step in the right direction for Metallica. Before touring for St. Anger, the band held auditions once more for a bassist. Many were considered, but they ended up choosing former Ozzy bassist, Robert Trujillo.

Since the release of St. Anger in 2003, Metallica has released only two studio albums, Death Magnetic (2008) and most recently, Hardwired…To Self-Destruct (2016). Both of the albums were incredible and received many positive reviews. In 2013, the band set a Guinness World Record by performing on all seven continents. They toured the end of 2016 and all of 2017 from North America all the way to Europe, and still continue into 2018. In July of 2017, I had the pleasure of seeing Metallica in Atlanta, and it is one of the greatest experiences of my life.

(Keep in mind that this is entirely my personal opinion.) 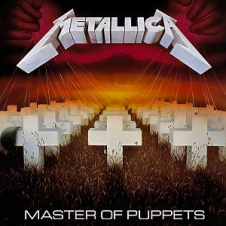 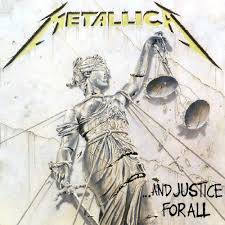 One thought on “Metallica: Thrash from the Past”